Christopher Silver is Dean of the College of Design, Construction and Planning and Professor in the Department of Urban and Regional Planning at the University of Florida, Gainesville. 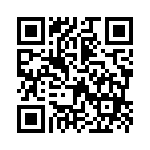