Not quite as good as Water the Elephant but still is good readingObtaining the book through Overstock.com was really very easy as well as economical Baca ulasan lengkap

I read Water for Elephants and loved it so I wanted to try another book by Sara Gruen. Its very entertaining and fun to read. Baca ulasan lengkap

Sara is a Canadian-born dual citizen (Canadian and American) who moved to the States in 1999 for a technical writing job. When she was laid off two years later, instead of looking for another job, she decided to take a gamble on writing fiction full-time. Sara' third novel, Water for Elephants, became a best-seller around the world and is now release as a major motion film starring Robert Pattinson, Reece Witherspoon and Christoph Waltz. Sara lives with her husband, three children, two dogs, four cats, two horses and a goat in North Carolina. Sara already has her eye on another horse and a donkey. 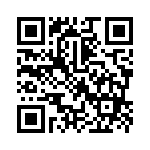