At the beginning of his book, Wynne (psychology, Univ. of Florida) states that his attempt to erase popular misconceptions about animal intelligence was prompted largely by a group of radical animal ... Baca ulasan lengkap

Clive D.L.Wynne is Associate Professor of Psychology at the University of Florida. He is the author of Animal Cognition: The Mental Lives of Animals 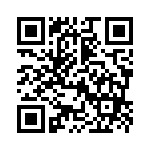