Halaman 66
... be as good and available in law, for all purposes, as if the same had been
made or taken before any judge of the supreme court, or president or associate
judge of any of the courts of common pleas within this commonwealth." Rhode
Island.
Halaman 90
At 25 a man may be elected a representative in Congress ; at 30, a senator ; and
at 35 he may be chosen president of the United States. He is liable to serve in the
militia from 18 till 45 inclusive, unless exempted for some particular reason.
Halaman 96
In cases of vacancies, the president of the senate acts as governor, Art. 4, s. 18.
— 3d. The judicial power is vested in one supreme court, circuit courts to be held
in each county in the state, and such inferior courts of law and equity, to consist of
...
Halaman 98
An alien even after being naturalized cannot at any time be president of the
United States, or in some states, as in New York, governor ; he cannot be a
member of congress, till the expiration of seven years after that event. An alien
can ...
Halaman 103
25, makes void any writ or process sued forth or prosecuted against any
ambassador authorised and received by the president of the United States, or
any domestic servant of such ambassador ; and the 25th section of the same act
punishes ...
Berikutnya »

John Bouvier [1787-1851] emigrated with his family from France to the United States during the French Revolution, settling in Philadelphia in 1802. In 1814 he started a newspaper, the American Telegraph, in Brownsville, Pennsylvania, which he published until 1820. Admitted to the practice in 1818, Bouvier became a leading member of the Philadelphia Bar. He was appointed Recorder of Philadelphia in 1836 and associate justice of the Court of Criminal Sessions in 1838. In addition to this dictionary, he was the author of Institutes of American Law (1851) and edited an edition of Matthew Bacon's Abridgment of the Law (1842-1846). 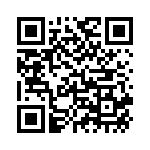