Michael Schoenfeldt is Professor of English Literature at the University of Michigan and Director of the Program in Medieval and Early Modern Studies. He is the author of Bodies and Selves in Early Modern England: Physiology and Inwardness in Spenser, Shakespeare, Herbert, and Milton (1999), Prayer and Power: George Herbert and Renaissance Courtship (1991), and co-editor of Imagining Death in Spenser and Milton (2003). 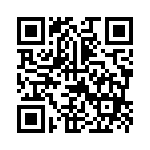