Wolfgang Sachs, Ph.D., is a German researcher and author with many books including Fair Future, Environment and Human Rights, and Jo'burg Memo. He is also the editor of the Development Dictionary.He suggests (see Sachs, 1996) three ways to reach sustainable development, three perspectives which are related to a security crisis: the home perspective, the perspective of an astronaut, and the endogenous perspective.He is currently working and lecturing at the Wuppertal Institute in Germany. He is the head of the Cross-cutting Project "Globalization and Sustainability" and PhD Collegium "Environment and Fairness in the World Trade Regime" in the Wuppertal Institute.Wolfgang Sachs is known as one of the many followers of Ivan Illich. His critical works on development idea influenced the green and ecological movements. Sachs participated in the Stock Exchange of Visions project in 2007. 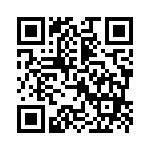