Halaman xviii
Later in the Session of 1923 , the name was changed to the State Board of
Administration because it not only supervises the operation of the Convict
Department , but has charge of all State property , unless otherwise provided ,
and is the ...
Halaman 224
tified by the captain or other officer in charge of such company , and if there be no
officer in charge of such company , then by the oldest member thereof present at
such convention . Such convention , when convened shall nominate as ...
Halaman 267
further or other charge or amount whatsoever for any examination , service ,
brokerage or commission shall be directly or indirectly charged , contracted for
nor received , except for the lawful fees , if any , actually and necessarily paid out
by ... 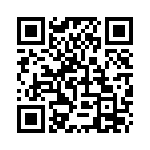