I'm sure for those with an interest, it was a great book (based on the Goodreads ratings). I read about 50 pages and put the book down. I guess I did not have the requisite consciousness or mental bandwidth to reach enlightenment. I zoned out quickly from the book. Baca ulasan lengkap

There was a lot of information to absorb in this book and for people interested in science or evolutionary psychology, there are some fascinating ideas to ponder. However, I had different expectations ... Baca ulasan lengkap

Robert Wright is the New York Times bestselling author of The Evolution of God (a finalist for the Pulitzer Prize), Nonzero, The Moral Animal, Three Scientists and their Gods (a finalist for the National Book Critics Circle Award), and Why Buddhism Is True. He is the co-founder and editor-in-chief of the widely respected Bloggingheads.tv and MeaningofLife.tv. He has written for The New Yorker, The Atlantic, The New York Times, Time, Slate, and The New Republic. He has taught at the University of Pennsylvania and at Princeton University, where he also created the popular online course "Buddhism and Modern Psychology." He is currently Visiting Professor of Science and Religion at Union Theological Seminary in New York. 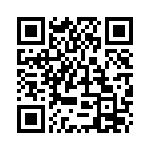