From the very first day of their educational lives this small group of children were struggling to obtain what is for many a basic human right, an education. An opportunity that was almost lost to ... Baca ulasan lengkap

Picked this book up while browsing in a Malaysian bookstore - so surprised that I hadn't heard of it before - I'd say it was the perfect novel for Malaysian teens and ought to find its way into ... Baca ulasan lengkap 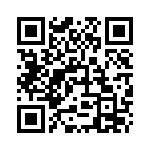