Johnny Mannaz is a certified Hypnotherapist and Master Practitioner of Neuro-Linguistic Programming. Over the past 10 years, he has worked to weave together a unique understanding of psychology, mythology, and ancient ritual practices to produce a modern form of spiritual initiation, one designed to tackle some of the most fundamental problems of human consciousness. Early in life, he became a student of the beliefs and spiritual practices of classical and ancient civilizations. At age 11, he inherited a fragment of the Great Pyramid's limestone casing from his an Uncle who had acquired it during his service in WWII. This fragment ignited in him a great fascination with Ancient Egypt. It also spawned a flowering interest in the power of ritual and occult symbolism. In time this led to an intense study of paganism, the runes, and the ancient practice of "solar spirituality." Throughout his life, this course of study has remained his primary creative interest. In 2012 he traveled to Egypt with an interest in constructing a working model for self-development from Egypt's ancient tradition of "sacred kingship." Seeking to translate the art, myth and symbolic structure of Egypt's temples into a philosophy applicable to modern times, it was at the Temple of Abydos, while contemplating the inscription of "the King's List," that he stumbled upon a unique model for renewing man's connection to the most ancient form of spiritual practice, which he termed "Spiritual Kingship." After years spent crafting his personal development project called The King's Curriculum, his ideas were finally committed to paper as a working form of initiation. This became the subject of his first published book "The King's Curriculum, Self-Initiation for Self-Rulers." Today he lives and continues to write in the Applegate Valley, Oregon. 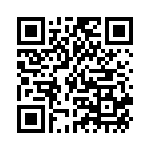