Dr. Alex Comfort, one of the world's leading experts in the field of human sexuality and one of the most versatile authors of the 20th century, was, essentially, the inventor of the modern sex manual. Though best known for The Joy of Sex series, he was also a novelist, poet, and social commentator who authored more than fifty books. A pioneer in the study of old age, Dr. Comfort worked as a head of research on gerontology at University College, London, as well as a lecturer at the Department of Psychiatry at Stanford University, and an adjunct professor at the Neuropsychiatric Institute at the University of California, Los Angeles.

He was a member of the Royal Society of Medicine and an associate member of the American Psychiatric Association. He died in March 2000, at the age of eighty. 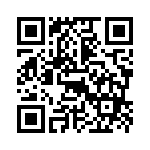