Peter Ludwig Berger was born in Vienna, Austria on March 17, 1929. He immigrated to the United States when he was 17 years old. He received a bachelor's degree from Wagner College in 1949 and did his doctoral work at the New School in Manhattan. He was a theologian who was known for his work in the sociology of knowledge, understanding how humans experience everyday reality. He taught at several universities including Boston University, the New School for Social Research, Brooklyn College, Rutgers University, and Boston College. He wrote many books during his lifetime including The Social Construction of Reality: A Treatise in the Sociology of Knowledge, A Rumor of Angels: Modern Society and the Rediscovery of the Supernatural, The Noise of Solemn Assemblies: Christian Commitment, The Religious Establishment in America, The Heretical Imperative: Contemporary Possibilities of Religious Affirmation, and A Far Glory: The Quest for Faith in an Age of Credulity. He died from heart failure on June 27, 2017 at the age of 88. 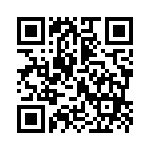