The four authors, senior scholars from Australia (Howard Dick), Europe (or Germany: Vincent Houben), The Netherlands (Thomas Lindblad) and Indonesia (Thee Kian Wie), use a very wide range of sources to combine the insights of history, economic history and economics. All four authors have published widely in the field of Indonesian economic and social history. They have contributed to an array of conferences in the 1980s and 1990s that stimulated new research in this field. 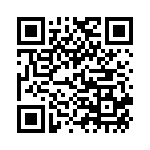