The Book of Assassins: A Biographical Dictionary From Ancient Times To The Present

Duffy offers the life of Civil War naval master David Farragut, who was 60 at the time of the conflict├ƒ┬»├‚┬┐├‚┬Żs onset yet proved to be the most energetic and courageous of the Union├ƒ┬»├‚┬┐├‚┬Żs ... Baca ulasan lengkap

GEORGE FETHERLING is the author of fifty books. A former literary editor at the Toronto Star and a regular columnist and book reviewer, Mr. Fetherling lives in Vancouver, British Columbia. 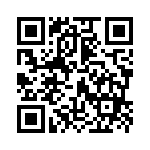