Sergei Khrushchev is Senior Fellow at the Thomas Watson Jr. Institute for International Studies at Brown University. He is the author of Nikita Khrushchev and Creation of a Superpower (Penn State, 2000). 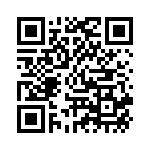