Stanley Baran is the founding chair of the Department of Communication at Bryant University, where he teaches courses in mass communication and communication theory. His academic interests include critical research in mass communication, mass media and social construction of reality, as well as development and improvement of media literacy skills. Dr. Baran has published 10 books, several scholarly articles, and sits or has sat on the editorial boards of numerous journals. His work has been translated into six languages. He was a Senior Fulbright Scholar, Institute for Journalisms und Kommunikationsforschung, Hannover, Deutschland, in 1997. He has served as a consultant for many corporations and organizations, including IBM, ABC, GTE, and Westin Hotels. 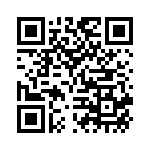