Isabel de Madariaga is emeritus professor of Russian Studies in the University of London. She is the author of Russia in the Age of Catherine the Great, published by Yale University Press. 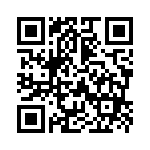