Steven Alter is Professor of Information Systems at the University of San Francisco. He holds a B.S. in Mathematics and Ph.D. in Management Science, both from MIT. While on the faculty of the University of Southern California, he revised his Ph.D. thesis and published it as Decision Support Systems: Current Practice and Continuing Challenges, one of the first books on this type of information system. Professor Alter's journal articles have appeared in Harvard Business Review, Sloan Management Review, MIS Quarterly, Communications of the ACM, Communications of AIS, TIMS Studies in Management Sciences, Interfaces, Data Processing, Futures, and The Futurist.

Prior to joining the University of San Francisco, he served for eight years as a founding vice president of Consilium, Inc. (acquired by Applied Materials in 1998). He participated in building and implementing early versions of manufacturing software used by major semiconductor and electronics manufacturers in the United States, Europe, and Asia. His many roles included starting departments for customer service, documentation and training, technical support, and product management.

Upon returning to academia he decided to work on a problem he observed in industry, the difficulty business people have in articulating what they expect from computerized systems and how these systems can or should be used to change the way work is done. His initial efforts in this area led to the 1992 publication of the first edition of this text. The subsequent editions have benefited from additional research on how business professionals understand information systems. His related articles in Communications of AIS, the online journal of the Association for Information Systems include:

His hobbies include music, hiking, skiing, yoga, and international travel. He is a member of the Larkspur Trio Dot Com, which occasionally presents reasonably proficient amateur performances of trios for violin, cello, and piano. One enthusiastic reviewer raved, "They certainly played up to their potential." The photo was taken while he was traveling to ICIS 2000, the International Conference on Information Systems in Brisbane, Australia, for which he organized a debate entitled "Does the Trend toward E-Business Call for Changes in the Fundamental Concepts of Information Systems?" Despite coaxing, the koala seemed to have no views on this topic. 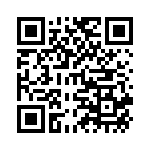