Halaman 2 - dangerous class," the social scum, that passively rotting mass thrown off by the lowest layers of old society, may, here and there, be swept into the movement by a proletarian revolution ; its conditions of life, however, prepare it far more for the part of a bribed tool of reactionary intrigue.
Muncul dalam 300 buku dari 1895-2008
Halaman 251 - Crime and the Protocol to Prevent, Suppress and Punish Trafficking in Persons, Especially Women and Children, supplementing the United Nations Convention against Transnational Organized Crime...
Muncul dalam 194 buku dari 1946-2008

Willem van Schendel is Professor of Modern Asian History at the University of Amsterdam and head of the Asia Department of the International Institute of Social History. His publications include The Bengal Borderland: Beyond State and Nation in South Asia.

Itty Abraham is Director of the South Asia Institute and Associate Professor of Government and Asian Studies at the University of Texas at Austin. He is author of The Making of the Indian Atomic Bomb: Science, Secrecy, and the Postcolonial State and co-editor of Southeast Asian Diasporas. 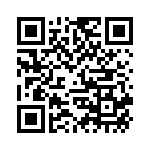