HENRY GEORGE AND THE CRISIS OF INEQUALITY: Progress and Poverty in the Gilded Age

One of the most influential Americans you never heard of rides the crest of a labor uprising in Gilded Age New York City. Between 1877 and 1879, Henry George (1839-1897), a self-educated printer ... Baca ulasan lengkap

As with so many of the great minds, Henry George was struck by metaphorical lightning one day. It happened while riding on the outskirts of San Francisco. Stopping to inquire on the status of land ... Baca ulasan lengkap

Edward T. O'Donnell is an associate professor of history at the College of the Holy Cross in Worcester, Massachusetts. He is the author of1001 Things Everyone Should Know About Irish American History and Ship Ablaze: The Tragedy of the Steamboat General Slocum, and he is the coauthor ofVisions of America: A History of the United States. His work can be found at www.EdwardTODonnell.com and www.InThePastLane.com. 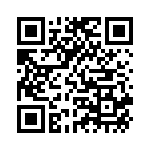