Cherian George is Associate Professor in the Department of Journalism at Hong Kong Baptist University. He is the author of Freedom from the Press: Journalism and State Power in Singapore and other books. 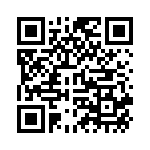