Kathryn Robinson is Professor in the Department of Anthropology, Research School of Pacific and Asian Studies at The Australian National University. She is editor of the Asia Pacific Journal of Anthropology. Her research interests focus on women’s social participation in Indonesia, including women’s political activism, Islam and international female labour migration. 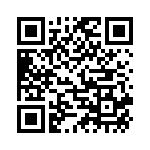