Chan Master Sheng Yen (1930–2009) was a widely respected Taiwanese Chan (Chinese Zen) master who taught extensively in the West during the last thirty-one y ears of his life, with twenty-one centers throughout North America, as well as dozens of others throughout the world. He has co-led retreats with the Dalai Lama, and he is the author of numerous books in Chinese and English, including Song of Mind, The Method of No-Method, and his autobiography, Footprints in the Snow. 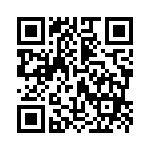