The price of this book is too low for what it gives you in information on the Secret Institutions and the hidden codes and language that they use. Satanism is everywhere and to avoid encouraging it just look at this book. It is AWESOME!!!! Baca ulasan lengkap

One of the most informative books about the Elites hidden symbols. Im glad I bought it. Everyone needs to read this book. Baca ulasan lengkap

Texe Marrs is a retired career U.S. Air Force officer and former computer science teacher at the University of Texas at Austin. He has appeared on numerous radio programs and television shows with a message to Christians about impending dangerous events. Marrs has written over twenty-five books with titles that give the reader a good idea of what is contained between the covers. "Dark Majesty: The Secret Brotherhood and the Magic of a Thousand Points of Light," "Dark Secrets of the New Age: Satan's Plan for a One World Religion," and "Big Sister is Watching You: Hillary Clinton and the White House Feminists Who Now Control America" are just a few titles in his large body of work. 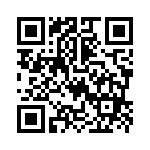