This is a well written book that reinforces the basics of good journalism. The difficulty that I have with the book is that the title seems to imply that the discussion would focus on critical ... Baca ulasan lengkap

A handy primer of news media and the impact various forms of communication have had on what constitutes “news.” Kovach and Rosenstiel focus on four key models of journalism: verification (emphasizing ... Baca ulasan lengkap

In his 50-year career, Bill Kovach has been chief of the New York Times Washington Bureau, served as editor of the Atlanta Journal-Constitution, and curated the Nieman Fellowships at Harvard University. He is founding chairman of the Committee of Concerned Journalists and senior counselor for the Project for Excellence in Journalism. He was named to the John Seigenthaler Chair of Excellence in First Amendment Studies at Middle Tennessee State University.

A journalist for more than 30 years, Tom Rosenstiel worked as chief congressional correspondent for Newsweek and as a media critic for the Los Angeles Times and MSNBC's The News With Brian Williams. His books include Strange Bedfellows and We Interrupt This Newscast. Rosenstiel is vice chairman of the Committee of Concerned Journalists, and director of the Project for Excellence in Journalism.

Together, Kovach and Rosenstiel have authored two books: The Elements of Journalism, winner of the Goldsmith Book Prize from Harvard University, and Warp Speed: America in the Age of Mixed Media. 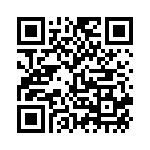