An interesting story! I haven't read any of the other more famous books about the Batavia, so I can't compare them to this. I liked the backstory, though I didn't really like how Dash divided the ... Baca ulasan lengkap

In 1628 the Dutch East India Company loaded the Batavia, the flagship of its fleet, with a king’s ransom in gold, silver, and gems for her maiden voyage to Java; the ship itself was a tangible symbol ... Baca ulasan lengkap

Mike Dash read history at Cambridge and received his PhD from the University of London. Having worked for the Fortean Times and The Ministry of Sound, he is now setting up his own company. 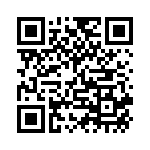