Zhidong Hao is Emeritus Professor of Sociology at the University of Macau. He obtained his PhD in sociology from the City University of New York in 1995 and taught at Whittier College the following year. In 2003, he went to the University of Macau after a year of Fulbright Scholarship research in Taiwan on national identity and the role of intellectuals. He was Program Coordinator of the China Studies Program, Chair of the Department of Sociology, and Director of the Social Science Research Center on Contemporary China in Macau. Prior to his PhD studies in New York he taught English at Hebei Teachers’ University in northern China. He has extensive experience in higher education in both Chinese and U.S. contexts.

Peter Zabielskis is Associate Professor of Anthropology at the University of Macau, where he teaches courses in cultural anthropology, theory, religion, the environment, and the anthropology of art. He previously taught at the Cooper Union for the Advancement of Science and Art, New York, and at New York University where he received his PhD. His research interests include material culture, art, architecture, religion, heritage and the urban built environment in Macau and Southeast Asia, especially Penang in Malaysia. 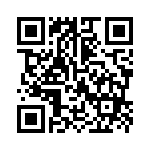